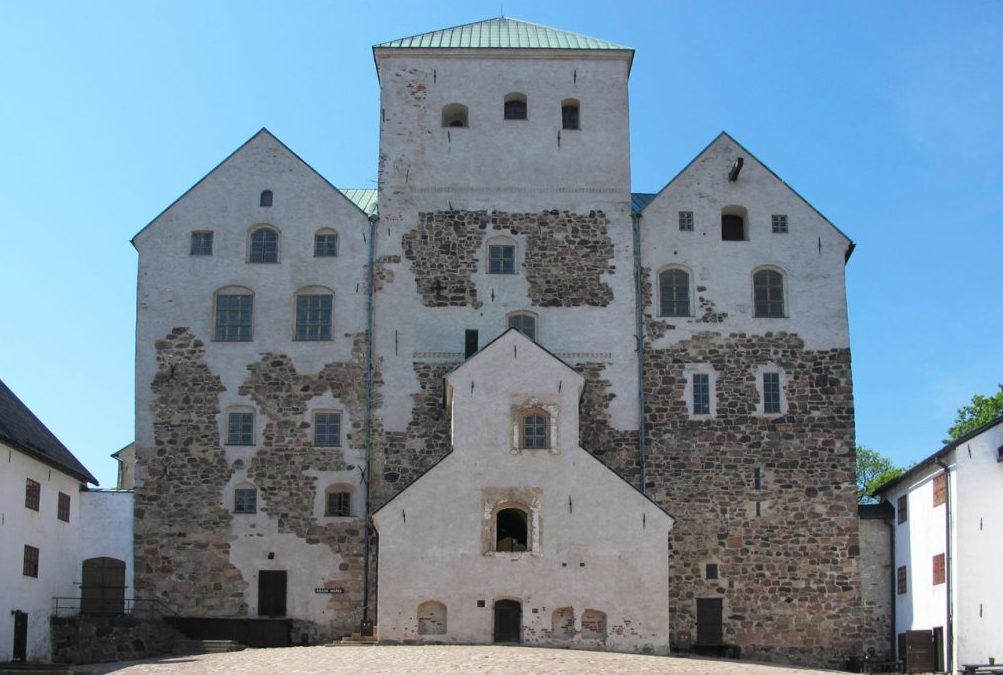 Microbe solution of the Finnish company ProtectPipe cleanses drains in Turku Castle with the help of a bacterial strain that devours organic waste.

Senate Properties, which owns Turku Castle, will try a new cleansing technique in the castle’s pipeline. Senate Properties will carry out a three-month pilot project with the Finnish company ProtectPipe, during which ProtectPipe’s microbe solution will be run through the drains of the restaurant of Turku Castle.

Senate Properties’ Head of Property in the Turku region, Petri Nurmio, says that the pilot project started around one and a half months ago.

–      We have agreed on a three-month pilot to start with. After that, we’ll have a follow-up meeting in mid-September, but we will continue using this product after the pilot though. This will not be just a three-month project, Nurmio says.

–      There’s a system installed in the kitchen, which, with a timer, will portion out a certain amount of product to the drain and this way clean up the drainpipe. The equipment is at the end of the kitchen, where the organic waste is born and runs down to the drain.

Nurmio says that with the pilot project, Senate Properties seek a sustainable solution to the treatment of Turku Castle’s pipeline. The castle has had problems especially with grease that’s piled up in the pipeline.

–      A common problem with properties with refectory activities is that organic waste, like grease, piles up in the pipeline. With this waste, sewer gases start to come up in the pipeline. This gas weathers drainpipes from the inside, Nurmio clarifies the starting point of the project.

–      Drainpipes are the kind of target in properties which are hidden in a way. That is why they are hard and sometimes even risky to maintain.

Kitchen waste that gathers in the drainpipes might cause blokages in the pipeline, which might lead to sewage water rising to the floor from the pipes. Nurmio says that with this new technique, Senate Properties aim to prevent water damages in the historically significant Turku Castle.

Before, the pipeline of Turku Castle has been treated with chemicals and enzyme-based cleansers. In addition to this, the castle’s grease trap is being emptied around once a year.

ProtectPipe’s communications coordinator Kaisa Arkkila says that the microbe solution developed by the company is environmentally friendly and offers a long-term solution to the cleaning of the sewer system.

–       It is a microbe solution that has five different strands of bacteria. When the solution is put to the drain, it creates a useful bacterial strain to the drainpipe, which devours organic waste and cleans the pipes, Arkkila explains.

ProtectPipe has previously tried its microbe solution in several restaurants, at Siuntio water treatment plant and in one of the cruise ships of the shipping company Rederiaktiebolaget Eckerö.