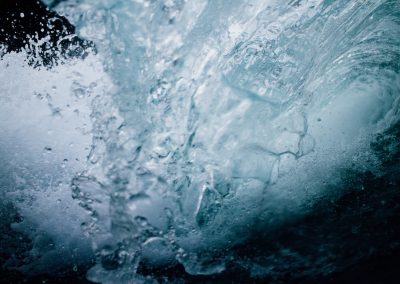 Eco-friendly cleansing means that the cleansing of drains and pipelines causes no harm to the environment, and that the nutrients in the pipes are not carried into the waters and the sea among wastewater. Enzyme-based cleaning products are harmful to the environment and pollute waters as catchment water ends up in the sea. Additionally, cleaning products embrittle the pipeline and are toxic to humans. Blockages and drainpipe problems can now be solved with an eco-friendly solution that cleans the drainpipe and does not travel to the water system among wastewater.

Many people solve the problems of blocked drainpipes by pouring chemicals down the drain. These cleaning products are  hazardous for people and the environment. Enzyme-based cleaning products dissolve the blockages temporarily, but do not remove grease and oil, only dissolve them into fatty acids that are solidified back into grease once in the municipal sewage system.

Enzymes do not remove organic waste, but merely move the problem further, and as a result the blockages are formed in the municipal sewage system. The cleaning products typically contain e.g. strongly alkaline sodium orthosilicate and sodium hydroxide, and even polystyrene, which are harmful for the environment. The cleaning products use e.g. the same components as cellulose whitening, and are thus extremely harmful and irritating to humans as well. When the toxic enzymes travel further from the drain, they pollute waters and the Baltic Sea.

We developed alongside the University of Helsinki a solution based on live microbe strains that remove organic waste directly from the pipeline and grease trap. The microbes use organic waste as a nutrient and literally devour the waste from the pipes. Once the microbes have eaten the waste from the pipes, all that remains is water and carbon dioxide. No harmful substances are carried forward to the water purification facility and on the water system. Because the product is based on a live microbe population and contains no harmful chemicals, it is completely natural, free of toxins and environmentally friendly.

Gentle to the pipeline and the environment, effective against waste

Traditional enzymes not only break down waste, but the pipeline as well. The new BIOFLOW -microbe solution only reacts with the organic waste in the pipeline, so it does not wear down the pipes at all. Instead, the embrittlement of the pipes is stopped, because the embrittling substance hydrogen sulfide loses the base for its formation.

Microbes remove organic waste from the drainpipes and grease traps without corroding the pipes and drains. Nothing harmful travels to the sea – no waste and no cleaning products. The biological and organic product is safe for humans as well. Order the BIOFLOW -microbe solution to your home here.